Here are the cheapest airfare deals to Shanghai. View Flights to China

Shanghai offers many tourist attractions, suiting its unique history. This onetime fishing village became a thoroughly cosmopolitan city in the decades following the arrival of European settlement; more than a little of this spirit remains. Travelers to the Bund section of central Shanghai, for example, discover an appealing blend of different schools of architecture while Nanjing Road is renowned for its shopping. Although a bustling and modern city, Shanghai also prides her history and boasts numerous museums, galleries and monuments. In addition, there are numerous parks in which one can take a break from sight-seeing as well as the famous Yuyuan Gardens which is itself easily reachable by subway or bus. Shanghai features an exceptional blend of old and new, East and West and rural and urban. 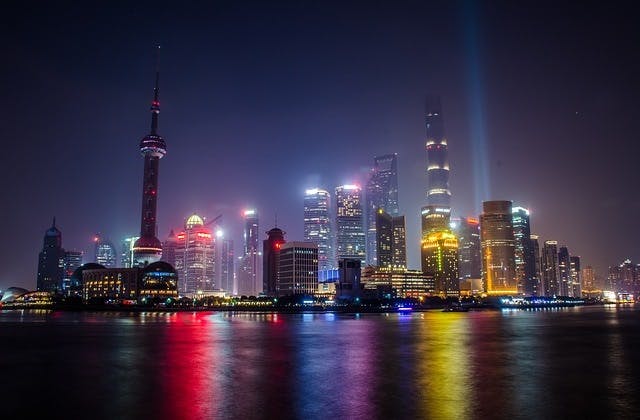 What airlines fly non-stop to Shanghai from Portland?

No airlines fly non-stop between Portland and Shanghai.

What people are saying about Shanghai right now:

Source: Sydney Morning Herald
Wuhan cargo flown in by Cedar Meats-linked trader yet to clear customs - Sydney Morning Herald
Source: Australian Aviation
Repatriation flights to Melbourne launch from LA and London - Australian Aviation
Source: SAMAA
Today’s outlook: Special flight from Shanghai lands in Islamabad - SAMAA
Twitter: From user 'bolzano zouglou'
RT @HainanAirlines: #FlyHainan Hainan Airlines to reach 21 new Europe destinations in cooperation with Iberia. Thanks to a new code-sharing…
Source: Yahoo Finance
Deluge Of Medical Cargo Cripples Shanghai Pudong Airport - Yahoo Finance
Twitter: From user 'Toby’s Aviation'
United have outlined four initial routes to these cities which includes them all receiving flights from San Francis… https://t.co/m7umu9KExf
Twitter: From user 'atikurchy'
@FallonRogeri @SteveBakerHW I would have shut down earlier & harder. Banned flights then get test, track & trace up… https://t.co/2iSIogWFmD
Source: Forbes
United Airlines Goes Big In China, Hoping To Resume Four Flights In June To Beijing, Chengdu And Shanghai - Forbes
Twitter: From user 'Kevin B'
@Fiorella_Lynn Thanks for the offer. I am in Shanghai until flights get return to normal but I will let you know when I am back!
Twitter: From user 'Toby’s Aviation'
United is looking to resume flights to China next month, including Chengdu, Shanghai & Beijing. The airline says it… https://t.co/d66iEzGdHX

Airlines that fly to Shanghai :